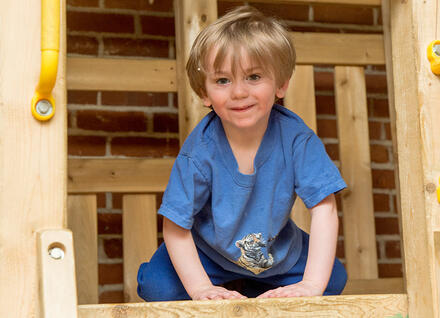 The WIC Program (Women, Infants and Children) provides access to healthy foods, nutrition education, breastfeeding support and referrals to health care and other community resources. You can trust WIC to be your family's nutrition expert during critical periods of growth and development, like pregnancy, infancy and early childhood.

How do I join WIC?

WIC is for income-eligible Vermont residents who are pregnant, breastfeeding or have a new baby, and children under age 5. Parents, grandparents and foster parents may apply for children in their care. Or, if you or your child is on Medicaid, Dr. Dynasaur or 3SquaresVT/SNAP, you can join WIC.
APPLY now!  Or text VTWIC to 855-11 to sign up!
Standard message & data rates may apply. Text STOP to opt-­‐out. HELP for help. See end user privacy and terms and conditions.

"The staff was so sweet, and I didn't feel judged for the first time in a long time."    - Vermont WIC Participant

What towns does the Whte River Junction office serve?

The White River Junction Office of Local Health is the place to come for WIC if you live in:

Is your home in another town? Find out which office is for you.

We offer WIC appointments in our White River Junction offices as well as in six other communities to serve our families closer to where they live (see available clinic locations below). Please call our office to find an appointment in a location that's most convenient for you: 802-295-8820 or toll-free 1-888-253-8799. 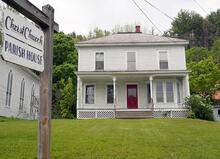 Directions: Go north on Main Street/Route 12 in Bethel. Where Route 12 goes left over the bridge, stay straight. Parish House is 2nd building on right past the Post Office: a white house set up on a hill between a blue house and white church. 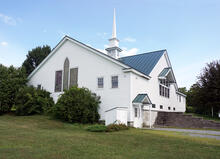 Directions: Go south on Route 5 from the Junction of Routes 5 & 25, about ¼ to ½ mile on left. Look for a large white building set back from road. If you pass Clara Martin Center you’ve gone too far. 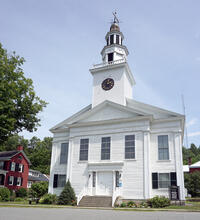 Directions: On the village green (North Common) at the intersection of Rt. 110 and 113. 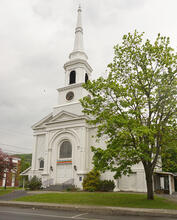 Directions: At the corner of Main and School Streets just north of ‘downtown’.  Across the street from Washburn’s Laundromat and the Chandler Music Hall.

Directions: Across from South Royalton village green (on the side toward the White River)…next to Dr. Becky Foulk’s office/The So. Royalton Health Center.  Has a bright red door. 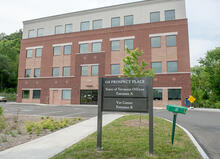 Generally held first, second, and fourth Wednesdays and second and third Mondays of the month.

Directions: New building right by the Connecticut River. From the intersection of Bridge Street and Maple Street (Hartford Municipal Building), head toward the Connecticut River and make a left at the traffic light onto Prospect Street (directly across from the Listen Center driveway). If you cross the bridge into New Hampshire, you’ve gone too far. We are in the building at the end of the drive on the third floor. 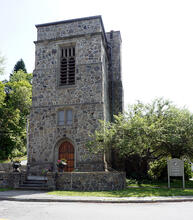 Second Friday of the month in March, June, September and December.

Directions: In Woodstock, Stone Church at the end of the green across from the Town Hall.  Parking spaces are on Rt. 4

Sign up to get tips, tools and online lessons

Check out our Facebook Page for current activities, or look up your county on the Health Department Events Calendar.

Typically help the third Wednesday of every other month in our office in White River Junction.

A fun session to try new recipes for healthy smoothies for your family.

A program to distribute coupons to WIC families to purchase fruits and veggies at local farmers' markets throughout the summer.

There's a lot to learn about WIC offerings at your local grocery store and the best ways to get your full benefits from your card. Join us at the store to get a tour!

Fit WIC Fun is a chance to get some good physical activity with your family.

Have an individual peronal appointment with one of our nutritionists to discuss concerns and do weight or iron checks as necessary.

There are many ways WIC can help you succeed with breastfeeding, including: Find out where in Vermont to shop for WIC foods in your area.

Choose from these foods shown in the WIC Shopping Guide. At a farmers market you can buy just-picked fruits and vegetables and find something new to try. The market can also be a great learning experience for your kids! The Vermont Farm to Family Program offers coupons for free, locally grown vegetables and fruits to eligible WIC participants. See a list of participating farmers markets (link is external).

We pride ourselves in making sure families are connected with the resources in our community to help meet and maintain their goals. We connect WIC participants with a variety of resources related to food, child care, health care, drug and alcohol programs and housing.

Learn more about how we can help with referrals