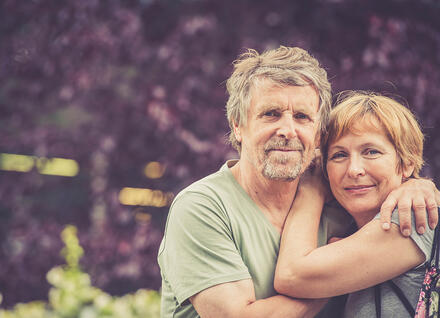 Hepatitis C Virus (HCV) is an infection that can range in severity from a mild illness lasting a few weeks to a serious, lifelong illness that can lead to chronic liver disease, liver cancer, and sometimes death. HCV is among the most commonly reported infections in Vermont. About 2.4 million people in the United States are living with the virus, although it’s estimated that 50% of them do not know that they have HCV.

People can live with HCV for many years without symptoms, and it’s possible to transmit the virus to others while asymptomatic. HCV is primarily transmitted through blood-to-blood contact, but sexual transmission is also possible. While most new HCV infections are the result of sharing intravenous drug use equipment, people who received blood transfusions before 1992 account for the majority of existing cases. That was the year reliable testing of the blood supply was put into place. There is no vaccine to prevent HCV infection.

Hepatitis C Virus (HCV) is primarily transmitted through exposure to the blood of a person living with an active infection.

Sharing needles or syringes, sharing personal items such as razors, toothbrushes, etc. as well as getting tattoos or piercings outside of a professional and licensed setting are all ways that HCV can be passed from one person to another. While sexual transmission is rare, that risk is increased for those who have multiple sex partners, have a sexually transmitted disease, engage in rough sex, or are infected with HIV.

Most people who have HCV are unaware that they are infected because they don’t look or feel sick, but they can still transmit the virus to others. There is no vaccine to prevent hepatitis C. Practicing the following can prevent HCV infection:

If you have Hepatitis C Virus (HCV) it’s important to get medical care and connect with a primary care provider. Once you’ve established a relationship with a provider, testing can be performed that will help guide what treatment will look like for you. If you’re not receiving HCV treatment, there are steps you can take to help keep yourself healthy.

Significant advances in treatment have been made in recent years, and 90% or more of HCV cases are now curable. Treatment plans are based on several factors including HCV genotype, disease progression, and your previous treatment experience.

While the new medications are highly effective, they are also very expensive and often require prior approval by your health insurance company. Prior approval sometimes takes multiple requests on the part of a medical provider. For those who are uninsured or underinsured, treatment may be accessible through patient assistance programs offered by many drug manufacturers.