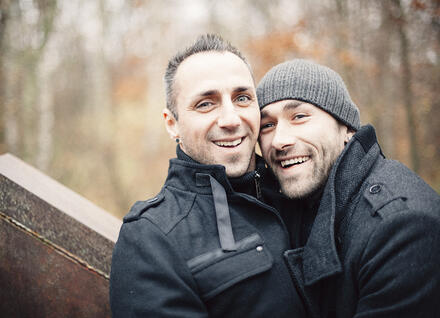 Human Immunodeficiency Virus (HIV) is passed from person to person primarily through unprotected sex and sharing of injection equipment and needles. A person can spread HIV to their baby during pregnancy, birth or breastfeeding. HIV transmission can be prevented, and the risk of infection greatly reduced, through changes in behaviors or taking actions that can interrupt transmission.

Some interventions help people who are living with the virus avoid transmitting HIV to others. Other methods help HIV-negative people prevent getting the virus. Sexually active people can help stop or reduce the spread of HIV. They can postpone sex, reduce their number of sex partners or use condoms consistently and correctly. People who inject drugs can stop HIV transmission if they never share needles, syringes or injection drug paraphernalia.

Today, medical treatment is part of HIV prevention too. People living with the virus who take their medications as prescribed and consistently lower their viral load (amount of HIV in the bloodstream) are highly unlikely to transmit the virus to their partners. In this same way HIV-positive people can almost eliminate the likelihood of passing the virus to their babies, during pregnancy, birth or breastfeeding. There are treatments for people who are HIV-negative that will greatly reduce their risk of infection. Keep reading for more information on HIV testing, prevention methods and interventions to help stop the spread of HIV.

Each year, nearly 40,000 people are diagnosed with HIV, and nearly 40% of new HIV infections are transmitted by people who are living with undiagnosed HIV. For those who are unaware of their HIV positivity, testing is the first step in maintaining a healthy life and reducing the spread of HIV. We strongly recommended that people who test positive for HIV enter medical care right away. When treatment is started early, people with HIV have better health outcomes. People who test negative may choose to make changes in behavior or access interventions that will help them stay free of HIV. We recommend that all people who are sexually active get tested by their primary care provider. Some people at highest risk may hesitate to ask for the test or to disclose their concerns about HIV to their provider. For those people, we offer free testing in community-based settings at about 19 sites across Vermont.

Treatment for HIV includes anti-retroviral therapy (ART). This is medication people living with HIV take to stay healthy. These medications reduce the amount of virus in the body, which keeps the immune system functioning and prevents illness. Another benefit of reducing the amount of virus in the body is that it helps prevent transmission to others through sex, needle sharing, and from person-to-child during pregnancy and birth. This is sometimes referred to as treatment as prevention.

Visit our HIV Care page for more information and resources related to HIV medications and treatment.

Pre-exposure prophylaxis, or PrEP, is a prevention option for people who are at high risk of getting HIV. PrEP is not for everyone. It has been demonstrated that PrEP works better with some risk populations than others. It’s meant to be used consistently, as a pill taken every day, and to be used with other prevention options such as condoms.

If you are considering PrEP, check the following medical and insurance resources, then talk with your medical provider about this method of preventing HIV infection.