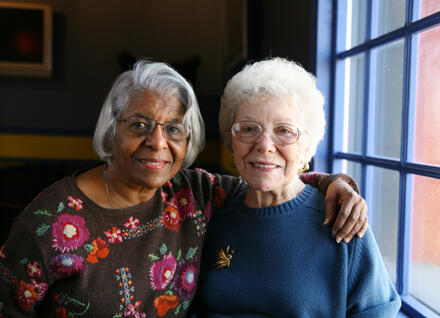 Many Vermonters are affected by falls at some point in their life. People who are 65 years and older are increasingly at risk of falling, and therefore potentially injury.
As we age, we are more likely to be injured in a fall.
But falls are not a normal part of aging and can be prevented – there are many ways to stay strong and independent as you age.

One out of three older people fall each year, but fewer than half tell their doctor about falling. This doubles the chance of falling again. The average hospital cost for a fall injury is over $30,000 and more than 95% of hip fractures are caused by falling. Based on data from the 2014 Vermont Behavioral Risk Factor Surveillance Survey:

Important Facts about Falls from the Centers for Disease Control & Prevention.

For Older Adults
While falls are the leading cause of injury for people 65 years of age and older, falls are NOT an inevitable part of aging.
You may be at higher risk of falls, if:

Falls can be PREVENTED. Here is what you can do:

The Falls Free Vermont coalition is a network of service organizations and health care providers committed to helping older Vermonters to age in healthy ways and to prevent falls from occurring. Please visit their website at www.fallsfreevermont.org for information about falls prevention classes in your area, as well as resources to improve the safety of your home. These resources can help to significantly reduce your risk of falling and connect you to organizations and providers who will improve your quality of life and help you to live safely in your home.

An important part of successful falls prevention in older adults is a strong provider-patient relationship.

For more information on training yourself and all the members of your staff in falls risk assessments, or for free printable materials and referral information, see Community Organizations.