Heroin and Other Opioids in Vermont

Heroin and Other Opioids in Vermont

What are opioids, including heroin?

Opioids are a class of drugs that include the illegal drug heroin, synthetic opioids such as fentanyl, and pain relievers available legally by prescription, such as oxycodone (OxyContin®), hydrocodone (Vicodin®), codeine, morphine, and many others.

What do the data tell us about opioid use in Vermont?

The percentage of Vermonters reporting prescription pain reliever misuse is going down significantly in Vermont, particularly for 18-25 year olds.

While past year heroin use prevalence remains under 1% for people 12 and older (as it does for all states), Vermonters in the 18-25 year-old age group have among the highest use rates in the country. A report from the Substance Abuse & Mental Health Services Administration found that in any given year almost 80% of new heroin users in America had misused prescription pain relievers. 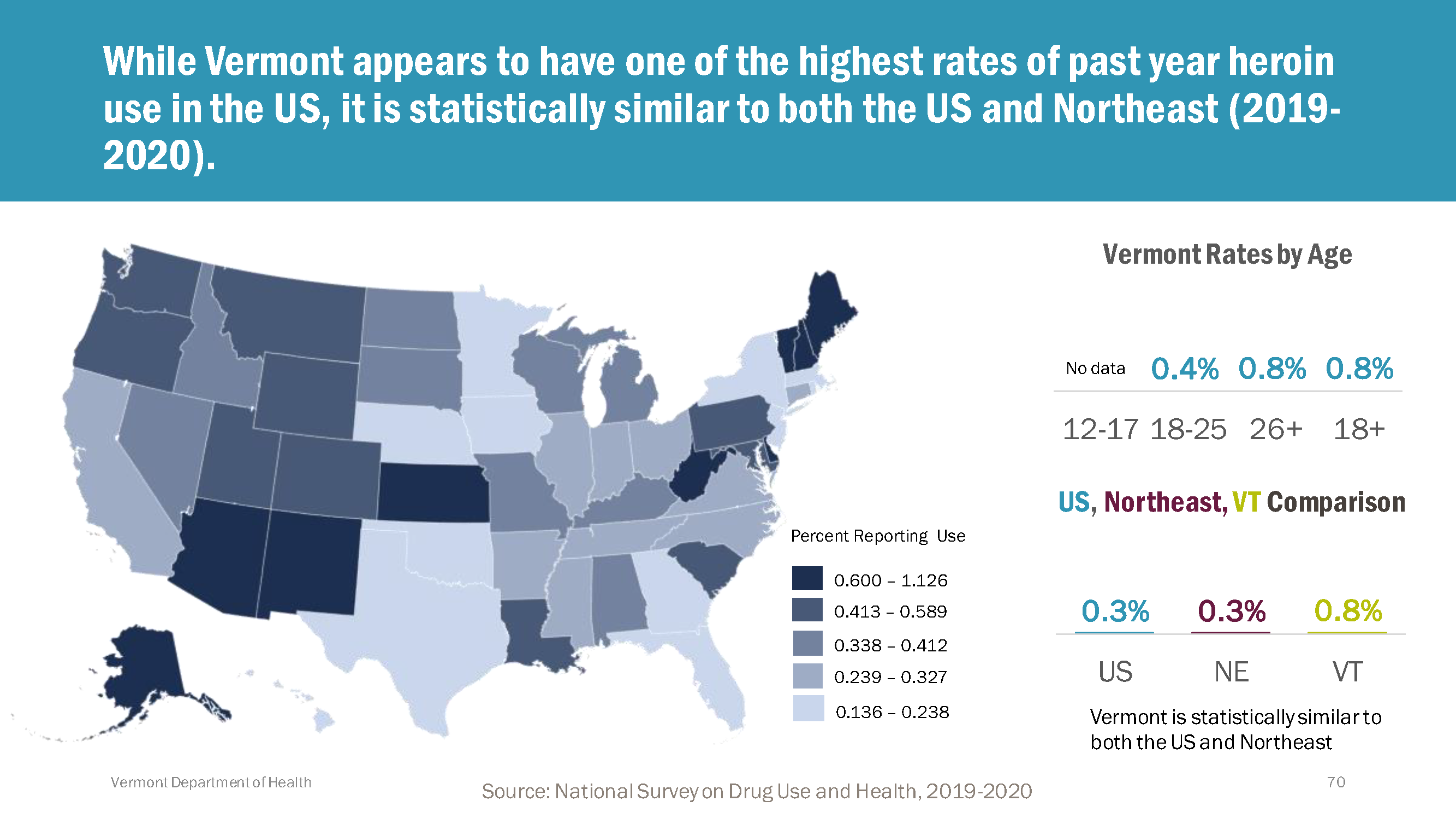 The general pattern for Vermont is similar to the national trend: prescription drug misuse has slowly gone down and access to treatment for those dependent on opioids has increased.

What are the health risks of opioid use?

There are short-term and long-term physical and mental effects of opioid use. More information is available at the following links:

How can you reduce health risks of opioid use?

Opioids that have been prescribed to you:

Reduce the risk of overdose:

Learn how to recognize, take action and prevent overdose

Learn about prescription opioid safe use

Tips for parents and mentors

Safely dispose of medication
^ Top of the page